The gateway to the Côte d’Azur last week announced the enticing food & beverage concepts that won out in the competition to deliver “innovation and excellence” as part of the airport’s renewed culinary offering. SSP and RELAY France were awarded the contracts to operate a total 20 units for the next 11 years in Nice Côte d’Azur Airport’s ambitious renovation of its retail areas.

Taking place over the next two and a half years, the all-encompassing commercial redevelopment will provide the airport with a truly original retail and F&B offering, and in early summer 2014 the Aéroports Côte d’Azur Group launched a consultation to overhaul its culinary services – driven by the airport’s ultimate vision “to provide the most surprising commercial airport experience in a European airport”.

SSP and Lagardére subsidiary RELAY France developed the most compelling and original concepts, the airport’s Chief Commercial Officer Filip Soete explained to Airport Business, and best reflected the airport’s ambitions to create a retail experience that captured the identity of its spectacular Côte d’Azur setting. “The fantastic experience that visitors to the Côte d’Azur have on the beach, in the hotels, amid the scenery – everything that you can enjoy here – we want to bring into the terminals, so that our passengers, until the very last moment, still have that feeling,” he said.

In what will be a complementary and competing offer, the two operators will share the 20 points of sale in both airside and landside in Terminal 1 – totalling around 23,000sqm and four times the existing space, and Terminal 2 – 27,000sqm, three times the previous area. Construction works have already begun in Terminal 1, where much of the new gastronomic offering will be operational from April 2015 and works are expected to conclude in May 2016, while in Terminal 2 new outlets will open from May 2017.

“SSP and RELAY’s offers were very complementary to one another – they matched very well, which was exactly what we wanted,” Soete explained. “We have, for example one restaurant by a two-Michelin star chef by RELAY and one by SSP – one French cuisine and world cuisine, so they go very well together. SSP is a big, worldwide F&B company especially in airports, while RELAY is a newcomer with whom we already work in duty free in Nice and in whom we have a lot of confidence.”

From the premium culinary offerings of world renowned chefs such as Thierry Marx and Mauro Colagreco to firsts in fast food like the only Joe and the Juice Danish coffee bar to be opened in southern Europe and the first Burger King in the Côte d’Azur, the unique and the never-before-seen are at the heart of Nice Airport’s renewed F&B. The gateway will be home to iconic local brands such as Chez Pipo, as well as the first beach bar in an airport – complete with sand and slides, the first airside Petrossian caviar house, and the first Jamie’s Italian restaurant in France, which will feature French Riviera cuisine especially created for the airport by British chef Jamie Oliver.

“The other great thing about the combination of SSP and RELAY is that we have an international player and we have a French player. For example, within our offer we have a Starbucks – which is very international, and but then we also have Eric Kayser – the best boulangerie in Paris,” Soete stated. “My aim is that once people have had that great experience here, the next time they come to the airport they come ten minutes early because they know all that there is to do and want to have lunch at the airport instead of in the city.”

Soete explained that Nice Côte d’Azur Airport is now beginning to receive the first offers in the tender for the operation of its duty free outlets – starting with what it has labelled the ‘Gastronomy and Souvenir Chic’ category. The results of the tender will be revealed in April of this year, after which it will begin taking bids for the Fashion and Jewellery and Accessories sectors.

“As always, it will be a difficult choice, but there is no doubt that the quality is definitely there,” Soete added. “We are very excited about the whole project, and so far it is really going in the direction that we wanted it to go.”

A childrens e-book about a Jack Russell who discovers that his fear of change holds many suprises for him – a fun story for kids to learn about how life changes can become a happy experience. Since Boulette is an American dog who ‘became’ French, the photos’ captions are in English and French. A story that makes bi-lingual language learning fun for kids and a true bedtime backstory for adults to enjoy as well.

Can be purchased on Amazon HERE

What I love about the city is how diverse each quartier can be, with its own special character and flavor.  And so it was that I was browsing/killing time before an appointment and happened to come across this interior design store, filled with lovely and unique furniture and decorative items. The charming makeup table in the store’s window lured me inside, as I gazed longingly at the many chandeliers and other Provençal-style furniture & accessories – a haven of “Provençal Springtime”! 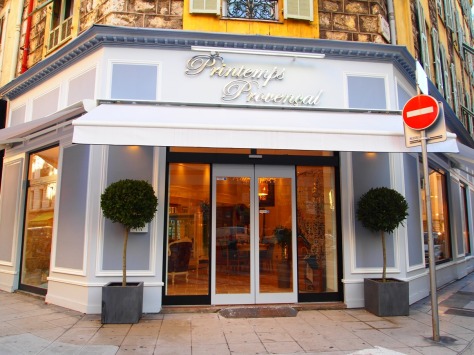 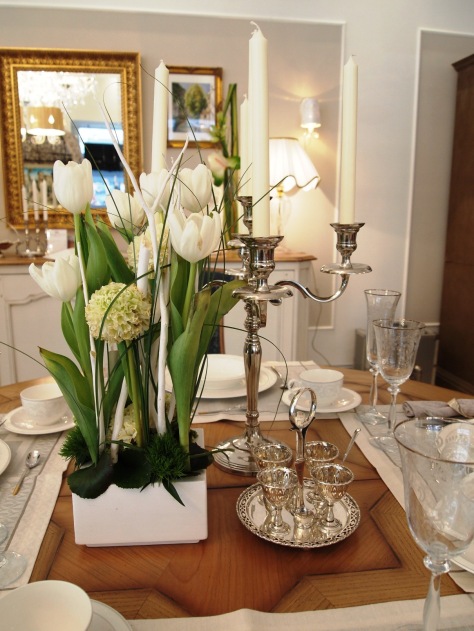