Who doesn’t love Paris!?  I was lucky to have lived there for a short time years ago – read why/how in “Solitary Desire – One Woman’s Journey to France” (available on most Amazon sites)

As in any city, it is wise to be city smart and aware of your surroundings, but according to Adrian Leeds, Editor of newsletters “Parler Paris” and “Parler Nice,” her experience of living in the City of Light as a single woman is summarised below.  When I lived alone and worked in Paris, I felt safe as well and observed the obvious cultural differences that she highlights.

“Let’s start with Paris and why Paris is great for single women:

1. Paris is safe. Women can freely travel alone at any time of day or night in almost any district and feel totally safe. This is a very big difference! Do you get into your car and lock the doors fast, like I used to do? Or never go anywhere alone at night for fear of the car breaking down somewhere you wouldn’t want to be stranded? And even in New York City where the subway runs all night long and there are people on the streets at every hour, do you still feel safe wherever you are? I doubt it.

2. Being alone in Paris is never lonely. You can dine alone, have a drink at a café alone, go to a movie alone…and never feel lonely or really ‘alone.’ In fact, being ‘alone’ is the best way to meet someone! Most North American cities are such family and couples-oriented places that being alone makes you stand out, particularly as a woman…don’t you think? And so what do we women do? We hang out with our friends — and that’s a tough way to let a ‘someone’ into the space you had, but filled with ‘them.’ “N’est-ce pas?”

3. Parisian (and most European) men respect and adore older women. Women don’t have to be face-lifted or tummy-tucked to look younger than they are to attract younger men, who see them as wise, worldly and more experienced. And young women can happily and openly choose to be with older men. Age is much less of a stigma for both genders when it comes to love and sex. Remember the article in the Washington Post February 2008, “French Women Don’t Get Fat and Do Get Lucky” by Pamela Druckerman? She wrote, “Just 15 percent of Frenchwomen in their 50s and 27 percent in their 60s haven’t had any sex in the past year, according to a 2004 national survey by France’s Regional Health Observatory. Another national survey being released next month will report that cohabiting Frenchwomen over 50 are having more sex now than they did in the early 1990s.” So, women over the age of 40…go out and buy some sexy lingerie because here you’re likely going to actually get some use out of it!

4. “Parisiennes” dress! By that I mean they dress provocatively on a daily basis and love it, without anyone thinking they are…what’s that awful word?…”slutty?” Being “seduisante” simply means “attractive” and that’s exactly what they are. At 80 years old they’re still wearing fishnet stockings and high heeled shoes. You’ll see more skirts on their hips than pants so they can show off their shapely legs. And I’ll bet you’ll notice more older women braless than you’ll ever see on the other side of the Atlantic. “Quelle horreur!” Sure, they aren’t as ‘perky’ as they used to be, but who cares?…Not the men who are enjoying them!

5. Paris gives you self-confidence. With all these positive aspects on your side, you’re sure to feel more independent and more self-confident about who you are, both as a woman and as a person. And let me tell you something: that’s sexy as hell. Nothing is less attractive than neediness. So, even if you wanted to be ‘alone,’ you’re not likely going to be that way…at least for long! And you can live that way happily the rest of your life…single and happy to be that way.”

An interesting post that highlights ER medical costs in France!

Before friends and family freak out …

The emergency visit to the hospital in the small town of Bagnol-sur-Ceze was not for me. One of my dear friends, Sue, fell backwards off a 2-foot garden wall while trimming a tree. She had to be rushed to the hospital. She was quite upset and, not knowing what to expect, she called to ask me to go along with her. I thought it was a good idea for both of us. I could help keep her calm and, at the same time, check out the experience …  just in case something ever happened to me.

It’s been one of my only fears living in a country where I don’t speak the language.  “What if there is an emergency?”

Now I know the first thing to do is to dial “15” for an emergency. In less than 10 minutes, an ambulance with three attendants… 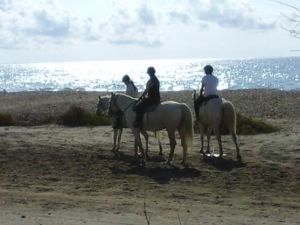 A good friend and I recently spent a girls’ weekend getaway there, enjoying nature walks and the town, as well as surviving one very windy day where the fine, silky sand blew sideways in the air, as we attempted a bike ride – it was so windy that we had to walk the bikes a few times, impossible to pedal against the wind!

The weekend provided tranquility: yoga on the beach, nature walks, walking on the beach, quiet reflection, as well as good food and browsing in the town shops.  Live “Gypsy Kings” type music was being performed in many restaurants, along with public flamenco performances. 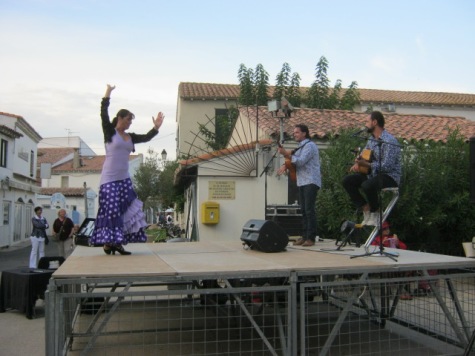 We stayed at a B&B not far from the town center, the only downside being that wifi service was available only at an exterior picnic table, which we jokingly referred to as the Internet Cafe (not very convenient on rainy and windy days!) 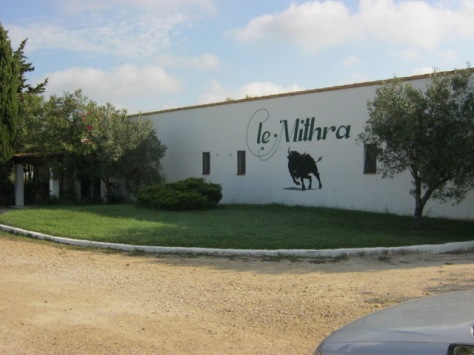 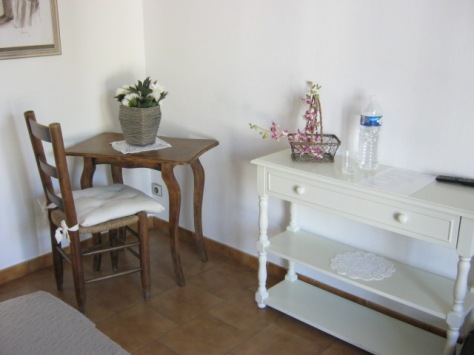 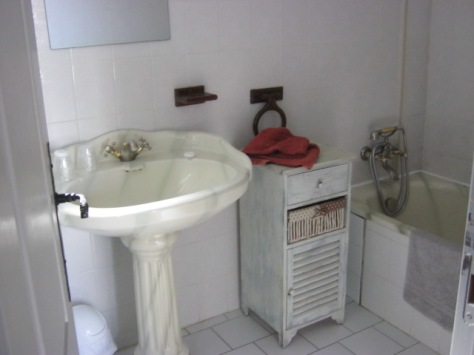 The town’s “raison d’etre” is le taureau, with reminders everywhere – there was even a demonstation in the street of les gardiens rounding up some bulls into a caravan at the end of the street – historically, the Camargue is whole lotta bull! 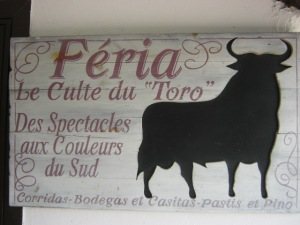 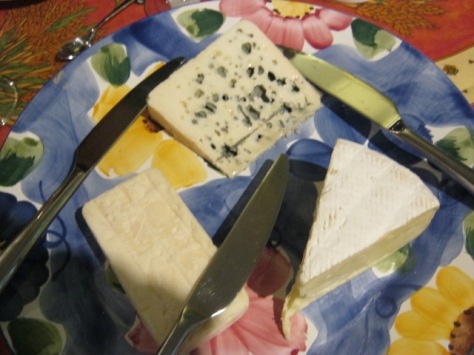 Of course, there’s no cheese police monitoring how one cuts cheese in France, but there IS a proper way to cut the various shapes of cheese – are you in the etiquette know?!

Cheese is usually served on a platter with knives designated for each type. Choices (3 or 5 types) should include hard, soft, and blue varieties ranging from mild to strong flavors.

Remove the cheese from the platter to your plate by gently stabbing with the knife to pick up your piece.

If in doubt, just remember – the original shape of the cheese should be maintained.  Voila & bon appetit!

After three weeks without Internet connection/service, it feels good to be back in ‘blog business’!  During that time, I learned that being online all day is a (good or bad?) habit and took the down time to do other things (not a bad thing).  Just goes to show that there are pros & cons to every situation.  Now I need to get to work on new posts, so stay tuned – thanks for your readership.

Wow – Just look at what french students get to eat in school! 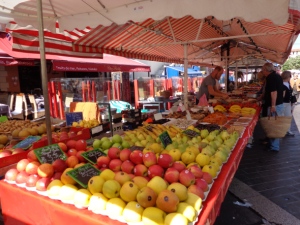