Epiphany:  The Christian holiday when a special cake eaten on or around January 6, called the ‘galette des Rois,’ is well know in France and celebrates the arrival of the three kings in the Bethlehem stable. 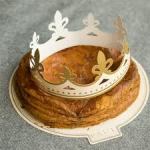 There are three different styles of the cake dependent on the area in France. In the north, puff pastry and almond filling; the south’s ‘gâteau des Rois’ is a circular brioche decorated with candied fruit, and

western France has a sweetened shortcrust, rather than puff pastry. Both galette and gâteau are widely available – and even variants with chocolate, apple purée and nuts. All come with a cardboard crown and a “fève”, which traditionally used to be a bean before trinkets were introduced, often in the form of a baby Jesus, but today, it is just as likely to be a blue plastic “Schtroumpf” (Smurf). The cake is eaten with friends, family and colleagues, and the person who finds the fève is crowned king or queen for the day (a crown is sold with the cake).

Personal Note: A dried bean can be used in place of a figurine for the fève for a DIY version. In order to make sure the cake is served randomly, the French tradition is for the youngest member of the family to sit under the table (or simply close their eyes) and call out the name of the person to be served the next slice of the cut cake. Everyone tries to guess who got the feve and they are declared king or queen.

For the Frangipane filling:

Beat sugar and butter
add two (2) of the eggs and almonds.

– Butter a flat baking sheet and unfold thawed puff pastries and using a pie pan as a template cut into two circles
– Spread the Frangipane filing in the center of one pastry layer and place a dried fava bean or ceramic figure
– Using the last egg, beat and paint the edges of the dough
– Place the second pastry circle on top and seal the edges
– Brush top with egg.
– Bake for 25-30 min at 375oF 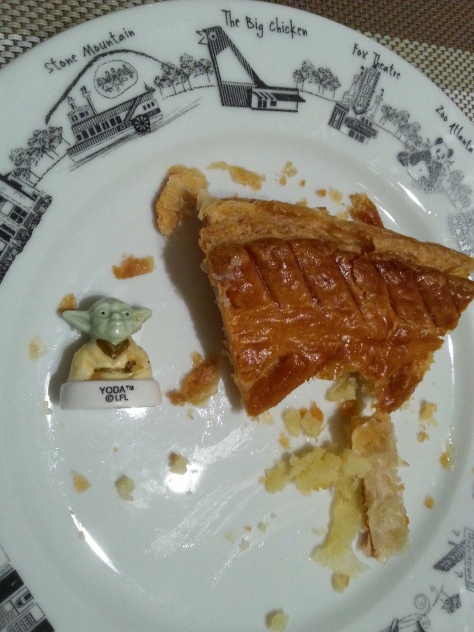 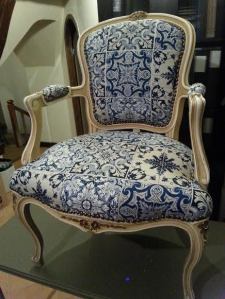