It was a warm, sunny day in Nice, after having had so much rain, so I decided to visit Place Garibaldi in Nice before heading to a vernissage in the port area. The square is famous for its number of trompe l’oeil frescoes, which are truly amazing – can you tell the difference? 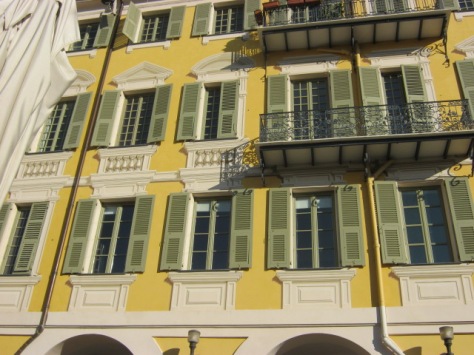 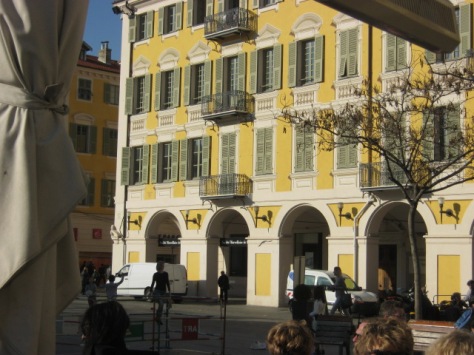 I had an invitation to attend a “vernissage,” hosted by the artist, none other than Monsieur Jacques Renoir, the great grandson of the famous painter, Pierre-Auguste Renoir (museum link).

In speaking with Monsieur Renoir, I noticed his soft-spoken and gentle demeanor – notably humble for having such a historically-famous relative – I couldn’t help wondering what that felt like.

I noticed a couple of his Americanized works of art, with his use of Budweiser labels and Nevada license plates, as well as the 3D effects that played tricks on the eye in his other pieces – curiously, not unlike the building façades I had just viewed. 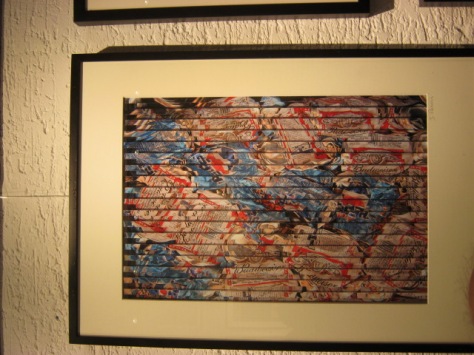 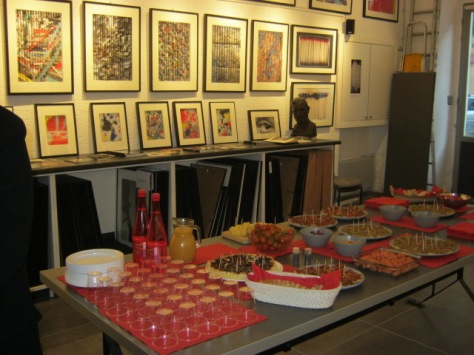 The event was well attended, and Monsieur Renoir was a gracious host.

His great grand-father is quoted as saying: “The work of art must seize upon you, wrap you up in itself, carry you away. It is the means by which the artist conveys his passion; it is the current which he puts forth which sweeps you along in his passion.”

Merci bien to both Messieurs RENOIR!

I recently visited the (re-opened) Renoir Museum, after it had been closed for renovation. Article & photos HERE

I also recently was in Cagnes=sur-Mer village, where I randomly chose a seat, later finding out that the man, who was sitting next to me and to whom I spoke briefly, is the great grandson of the famous painter, Auguste Renoir.  Sadly, 143 Renoir works are being auctioned against his wishes – article HERE

I now anticipate seeing the film about this talented artist who lived on the French Riviera. See newspaper article HERE